Faith of the Seven

Beric Dondarrion (leader of the brotherhood)

Catelyn Stark, née Tully, also known as Cat to her husband and close friends, is the wife of Lord Eddard Stark and the mother of Robb Stark, Sansa Stark, Arya Stark, Bran Stark and Rickon Stark. She is formerly of House Tully, and her father is Hoster Tully and her mother Minisa Tully. She has a brother, Edmure Tully, and a sister, Lysa Arryn. She was killed at the Twins along with Robb during the infamous Red Wedding.

Catelyn is a beautiful woman with thick auburn hair and blue eyes. She tends to dress simply, preferring the grey of House Stark or the blue and red of her father Hoster Tully’s house. She is seen as honourable and upright by acquaintances.

Following the words of her father's house, "Family. Duty. Honor," Catelyn is a woman devoted to her family and protects her children above all - her fierce protection of her children drives her actions, even if they damage the causes that she claims to be upholding. When it comes to her family, Catelyn follows her decades-earned understanding of Stark and Tully values, however difficult such a reconciliation of values may be. She is very proud of her heritage, her personal honour, and her faith, and follows the Faith of the Seven very devoutly - she is found in septs throughout the War of the Five Kings.

Catelyn is strong-willed and brave, always striving towards goals she provides herself: she climbed the Eyrie at night despite the danger and risk, given her recent injuries from attacks from an assassin and the mountain clans. In a sense, Catelyn is fiercely protective over people she cares about, risking mortal danger and political demotion when her children are put at risk.

Catelyn is distrustful and resentful of Jon Snow, in part because of Westerosi prejudice against bastards, in part because of the Tully house words—emphasizing family and honor—but most of all because her husband Eddard Stark brought his illegitimate son, Jon Snow, to Winterfell and openly raised him as his son alongside her true-born children. She observes that Eddard is fiercely protective of Jon: when she asked him about Jon's mother, it was the only time Eddard ever scared her—he demands she never ask about Jon's mother again. Catelyn comes to love Eddard deeply but transfers her resentment of this situation to Jon and is cold and distant toward the boy. When she meets other bastard-born individuals, such as Mya Stone, their illegitimacy reminds her of her husband's illegitimate son and Catelyn finds herself feeling both anger and guilt.

After her death and the decimation of her family, Catelyn Stark's motherly instincts and faith have transmogrified into a vengeful, murderous and cruel being who is determined to exact the same cruel fate her family suffered to anyone who had anything at all to do with the Red Wedding.

Catelyn is the eldest daughter of Lady Minisa and Lord Hoster Tully. She has a younger brother, Edmure, and a younger sister, Lysa.

Catelyn spent her childhood in Riverrun, where she befriended her father's ward, Petyr Baelish. Although he fell in love with her and would have liked to marry her, Catelyn never shared his feelings because she could not see him as more than a younger brother. When she was twelve, Catelyn's betrothal to Brandon Stark, heir of Winterfell, was announced. This union was arranged in hopes that it would strengthen the ties of friendship between the great houses.

When Brandon came to Riverrun to meet with Catelyn, young Petyr challenged him to a duel for her hand, but Brandon easily defeated Petyr. Catelyn begged Brandon to spare Petyr's life and Petyr was banished from Riverrun back to his own home as soon as he was sufficiently recovered. Petyr later sent a single letter after Brandon's death, but Catelyn burned it without reading it. Catelyn's betrothal to Brandon ended abruptly when he, along with his father Rickard Stark, were killed by the Mad King. This prompted Robert's Rebellion, which was led by Brandon's younger brother Eddard Stark, and his childhood friend Robert Baratheon. During the Rebellion, Catelyn's father sought to continue the alliance and she ended up marrying Eddard. She moved to Winterfell, where she and Eddard formed a strong and loving marriage, and where they are well respected and loved by both nobles and smallfolk. Catelyn and Eddard have five children together: Robb, Sansa, Arya, Bran, and Rickon. Along with their five children, Eddard raised his illegitimate son Jon Snow at Winterfell, the single act that created friction between her and her husband.

A Game of Thrones

Catelyn visits the Winterfell Godswood to find her husband Lord Eddard Stark, reflecting on how uneasy she feels in this particular godswood - dark, primal, and ancient, so different from the bright, airy godswood of Riverrun. However, she knows her husband will be here as this is the place he goes after he performs an execution. She finds Ned cleaning his sword. They talk, discussing their children and the direwolf pups, and about Bran coming with Ned to witness his first execution. Catelyn tells him of the death of Jon Arryn, the husband of her sister Lysa and Ned's foster father. Ned is saddened by Jon's death but suggests Catelyn take the children to visit her sister Lysa to help her sister in her grief. Catelyn wishes she could go to Lysa but tells Ned she cannot, because King Robert Baratheon is on his way to Winterfell. Ned is pleased by this news but Catelyn finds herself feeling uneasy. When the royal retinue arrives, Catelyn is present to welcome them. She escorts Robert Baratheon into the Great Hall of Winterfell ahead of the celebratory feast.

During the night, Catelyn welcomes her husband into her bed. She contemplates on the coldness of the Starks and how, as a Tully, she prefers the warmth. Catelyn receives a letter from her sister Lysa which tells her that Jon Arryn was murdered by Cersei. She pushes for her husband to take the title of Hand of the King. Ned reluctantly agrees but tells her that she must stay in the North. Catelyn protests but Ned says she must stay to govern Winterfell in his stead and assist in helping Robb learn to rule until the time comes when he becomes Lord of Winterfell.

When making arrangements for the other children, Ned decides he must take Sansa, Arya, and Bran with him and Rickon will stay behind with Robb and Catelyn. Catelyn is anguished by the thought of Sansa, Arya, and Bran leaving. While she agrees Sansa and Arya should be at court, she begs Ned to let Bran stay. However, Ned explains it would be beneficial for Bran to befriend Joffrey and Tommen Baratheon to make up for the bad feelings that exist between Robb and Joffrey. When Maester Luwin asks what should be done about Jon, Ned wants Jon to stay in Winterfell with Robb. Catelyn refuses, saying Jon is his son, not hers. Ned is anguished by Catelyn's refusal, saying he cannot bring Jon south with him, that he will be shunned for his illegitimacy. When Catelyn continues to refuse, Ned becomes angry with her and Maester Luwin informs them Jon wishes to take the black. Ned is shocked by this and Catelyn is pleased, reflecting that as a member of the Night's Watch, Jon would never have any children who might possibly contest the rights to Winterfell of Catelyn's own grandchildren one day. Ned is reluctant to let Jon go and Catelyn thinks of the children she must let go herself but says nothing. With Maester Luwin's convincing, Ned - reflecting on the Night's Watch being an honorable calling and that Jon can rise high there - believes it is the best choice for Jon and agrees to speak to Benjen.

Catelyn prays in the Winterfell sept for Bran to stay with her and not go south. When Bran falls from the First Keep, he goes into a coma. Catelyn is overcome with grief. She stays by his side, feeding him herself and hardly sleeping. When Bran's half-brother Jon comes to see Bran, Catelyn initially refuses to let Jon in to see Bran. She cries afterward, thinking herself to blame because she had prayed for Bran to stay with her and her prayers were cruelly answered. She then tells Jon that it would have been better had he been the one to fall.

As a result of her grief, she spends all her days in Bran's chambers. After a fire in the library tower draws most of the guards away, she is present when the Catspaw assassin tries to take Bran's life. With the help of Summer, she manages to fight him off, taking heavy damage to her hands. She then reveals to Robb, Luwin, Theon Greyjoy, and Ser Rodrik Cassel that she believes Ser Jaime Lannister pushed Bran from the tower. She then decides that she must travel to King's Landing to investigate the dagger used in the attempted assassination, with Ser Rodrik attending as her guard. They take the Storm Dancer from White Harbor.

When in King's Landing, she meets with Petyr Baelish and Varys in the Red Keep, where Petyr reveals that the dagger had once been his, but that he had lost it to Tyrion Lannister when betting on Jaime Lannister at a recent tourney, whilst Tyrion had wagered for Ser Loras Tyrell. She then meets with Ned, and tells him that Petyr can be trusted. On her way back to Winterfell, her and Ser Rodrik stop at the Inn at the Crossroads, where they meet Tyrion by chance. Catelyn calls on men sworn to her father's vassal lords, and Tyrion is taken prisoner. Catelyn announces that she is going to return Tyrion to Winterfell, but instead she takes him along the high road, towards the Eyrie.

During their journey, Tyrion reveals to Catelyn that Petyr often brags at court about how he took her virginity, which she insists is a lie. Kurleket, one of the men following Catelyn, offers to kill Tyrion as a result of this story. During the fight against the mountain clansmen, Catelyn allows Tyrion to be armed. Tyrion then saves her, when she gets cornered by three of the men. Afterwards, she claims that she still does not trust him, and he points out to her that he would never have bet against Jaime in the tourney. 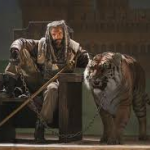 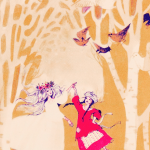 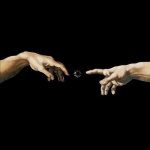